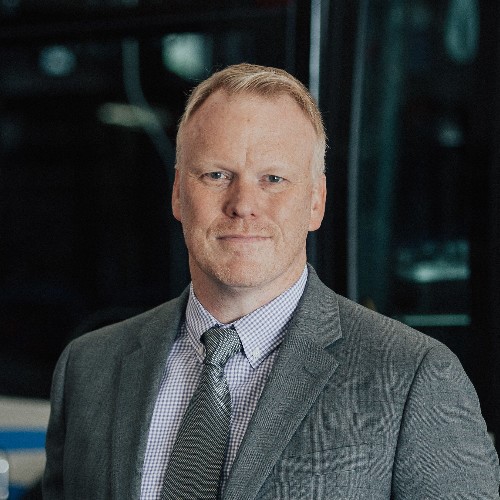 At its meeting on June 27, The Rapid's Board of Directors selected Andrew Johnson as the next CEO. Johnson is expected to start in August 2018.

At its meeting on June 27, The Rapid’s Board of Directors selected Andrew Johnson as the next CEO.  Johnson is expected to start in August 2018.

“Andrew is a seasoned transit professional with more than 20 years of CEO and executive-level management in public transportation combined with previous private sector experience,” said Kentwood Mayor Stephen Kepley, who chairs The Rapid board.

“We were impressed with his expertise, industry knowledge, and proven leadership. The Board is confident he shares our commitment to ensuring The Rapid is providing excellent service to its customers, is operating efficiently and effectively, and will take an innovative and collaborative approach to lead the organization,” Kepley added.

Johnson is a Wisconsin native who currently serves as the chief operating officer at the Champaign-Urbana Mass Transit District (MTD) in Illinois.  Prior to that, he was the CEO of Connect Transit in Bloomington-Normal, Illinois, which was recognized by the American Public Transportation Association (APTA) as the best system in its class in 2015.  He is President of the Illinois Public Transit Association and holds a seat on the APTA Executive Committee.  Johnson earned a Bachelor of Science in finance and a Master of Business Administration from Marquette University.

Following the public interviews of Johnson and another finalist for the position, Board members said they were impressed by Johnson’s diverse achievements in contributing to public transportation system growth and redesign, rebranding, strategic initiatives, legislative and regulatory experience, and financial management expertise, and in particular, his successful track record of community engagement to build consensus.

“I have long-admired The Rapid and am thrilled to lead this team in serving the greater Grand Rapids community,” Johnson said. “There is a solid history of performance, great community support, and most importantly, a dedicated group of people, both employees  Board members, who believe as I do that accessibility and mobility are critical to a healthy, successful, and economically prosperous community.”

“I want to thank Peter Varga for his many years of service and his long list of accomplishments at The Rapid.  The system is well-positioned for future success due in large part to his leadership.  I know he is committed to a successful transition as he leaves The Rapid for his next adventure,” said Johnson.